Carrie Underwood gets rare Entertainer Of The Year Nomination

For the first time in her career, Carrie Underwood will compete for the top prize of country music, entertainer of the year, at the 44th Annual Academy of Country Music Awards.

The ceremony will air live from Las Vegas on April 5 on CBS. McEntire, who was raised in Chockie, will host the show for the 11th time.

Historically, female artists rarely have won or been nominated for entertainer of the year.

The Dixie Chicks were the last women to win the honor in 2000. 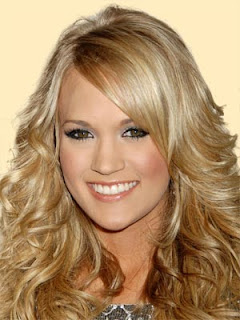 If Underwood wins, she will be just the seventh female artist to do so.

Underwood, who took home a Grammy for best country vocals for "Last Name", also is nominated for top female vocalist, a title she has won the past two years, and video of the year for "Just a Dream.”

"I am so humbled and blessed with the recognition of these nominations by my fellow artists and the country music community,” Underwood said in a statement.

"My band, crew, and everyone on my team have worked so hard the past year with my first big tour, so the entertainer nomination is especially rewarding for all of us. I think I’m still in shock!”

Carrie has revealed she burst into tears when she found out she was nominated for the ACM ’s Entertainer of the Year.

“I had forgotten the nominations were being done that day, so I was getting up, getting my stuff together — we [had] a plane to catch early in the morning and my manager called me and I thought the plane was delayed or late or something was wrong,” Carrie told Access on the red carpet at the opening of the “American Idol” Experience at Disney’s Hollywood Studios. “So I pick up the phone [and] she says, ‘Congratulations!’ She told me and I started crying. It was amazing.”

Part of the award is fan based. You can vote for Carrie here starting March 14th.

Meanwhile, her current single: I Told You So is tearing up the country music charts. Listen to it: