By M February 24, 2009
SALT LAKE CITY (AP) — A Utah woman listed in the Guinness Book of World Records for her long fingernails has lost them in a car crash.

Redmond's nails, which hadn't been cut since 1979, were broken in the crash. According to the Guinness website, her nails measured a total of more than

Salt Lake County Sheriff's Lt. Don Hutson says Redmond was ejected from an SUV in the crash and taken to the hospital in serious condition. 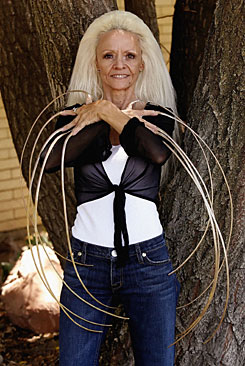