The following article is extracted from Debbe Schlussel's blog and is only presented to you here for humor purposes. [via]

By Debbie Schlussel
It’s a sad day in America but a very predictable one, given the politically correct, Islamo-pandering climate in which we’re mired.  The Hezbollah-supporting Shi’ite Muslim, Miss Michigan Rima Fakih–whose bid for the pageant was financed by an Islamic terrorist and immigration fraud perpetrator–won the Miss USA contest. I was on top of this story before anyone, telling you about who Fakih is and her extremist and deadly ties. 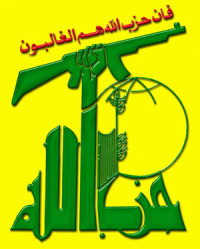 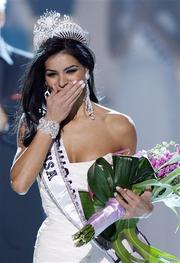 
No, it’s not “just another beauty pageant.”  Donald Trump, Muslims (who mostly support Islamic terrorist groups, like Hezbollah, which features many of Fakih’s close relatives as top officials), and even Barack Obama will exploit this as propaganda for Islam.  Mark my word.  Hezbollah is laughing at us, tonight.  One of its auxiliary members won the Miss USA title without having to do a thing to denounce them and their bloody murder of hundreds of Americans, including the trampling/torture murder of Navy Diver Robert Dean Stethem aboard TWA flight 847, the 25th anniversary of which is next month.
Dhimmi Donald Trump simply didn’t have the guts to demand that Fakih denounce the Islamic group Hezbollah, whose martyrs and top terrorists are Fakih family members.  It doesn’t matter to the Donald that this is the terrorist group that murdered more Americans than any other after Al-Qaeda, and probably more, when you count its joint ventures with Hezbollah.  Trump made a bigger deal with Miss California USA and her bimbo activities, when–hellooooo–it’s a bimbo contest.  Now, Hezbollah has the chief USA bimbo.  And they’ll use it.
I don’t just wonder if this whole contest is rigged.  I have a feeling that it is.  Clearly, there is affirmative action for Muslim women in beauty pageants and other such “contests.”
We know that political correctness and bending over backward (and forward) to all things Islam, are the rules of the day.  I had a bad feeling they’d pick her to try to pander to the Islamic world some more because–ya know–the collective American nose isn’t yet brown enough from ass-kissing Islamic butt all around the world  . . . at least according to the conventional wisdom of idiots.  The Islamic world is especially laughing that a sequined gay man dressed like the world’s ugliest cross-dresser, Johnny Weir, helped make a woman from their intolerant world, Miss USA.  If they could, they’d still rip him to shreds and sever his penis, the way they torture their Israeli and even their own fellow Islamic victims. 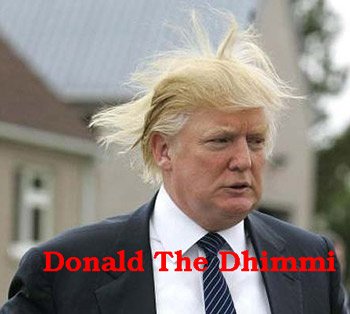 Tonight, they celebrated and laughed at us from within at Dearbornistan’s Hezbollah restaurant, La Pita, where workers openly sing Hezbollah war songs and anti-Semitic “ditties” in the kitchen.  It was the site of Fakih’s victory party, where falafel, and hummus, and hate were all on the menu, as they usually are there and throughout Fakih’s community.
I wonder how much influence Miss USA’s Islamic sponsor Farouk Shami–the racist 9/11 Truther and Palestinian terrorism supporter whose Farouk Systems helped pay for the pageant and broadcast–had on this win.  A lot, I’d bet, especially since Fakih tweeted gushingly about hanging out with him.  He probably urged Trump and the judges to make sure his fellow Muslima won.  After all, it makes no difference that she’s a Shi’ite and he’s a Sunni.  She had the support of Sunni terrorists like Imad Hamad, who helped fund her bid.  And, as anyone who knows anything about the Islamic world knows, they’ll happily put their internecine Shi’ite-Sunni war on hold, if it means helping Islam in its propaganda war and fight to take over the West.
In her answer to a dumb question about insurance covering birth control, Fakih gave an even dumber answer.  But it was a feminist, big government, anti-business, politically correct answer.  And because she’s a Muslim, Fakih got away with her utterly conceited statement in a video profile:  “When people meet me, they see a very beautiful, very smart, very funny person.”  Hey, don’t be so modest.  We gotta beat that fake notion of “Islamic modesty” that really doesn’t exist in the real world.
I knew the classy Miss Oklahoma USA, Elizabeth Woolard–who gave a good and somewhat educated answer about Arizona’s immigration law (watch the video, above)–would lose, the minute she said she supported the Arizona law.  After all, the right answer was to say how “unAmerican” and “oppressive” this law is and how great these illegal aliens are for doing “the work that some Americans just won’t do” (like kidnapping, rape, stealing jobs, and driving down wages).  It doesn’t matter that the question–uttered by judge Oscar Nunez–was incorrect, since his premise was that the law allows authorities to check the immigration status of anyone they think is here illegally (That’s not what the law allows at all).  Since she said the right thing for America and Arizona, not the politically correct answer to win Miss USA, she lost.
Oh, and she wasn’t a Lebanese Muslim Hezbollah supporter with relatives who are top terrorists and “martyrs” in the group.  If you don’t have relatives that have died killing some Jews and relatives who’ve murdered hundreds of Americans, you really don’t deserve to be Miss USA.
Do you?