Last month was the hottest June ever recorded worldwide and the fourth consecutive month that the combined global land and sea temperature records have been broken, according to the US government’s climate data centre.

The figures released last night by the National Oceanic and Atmospheric Administration (NOAA) suggest that 2010 is now on course to be the warmest year since records began in 1880.


The trend to a warmer world is now incontrovertible. According to NOAA, June was the 304th consecutive month with a combined global land and surface temperature above the 20th-century average. The last month with below-average temperatures was February 1985. Each of the 10 warmest average global temperatures recorded since 1880 have occurred in the last 15 years with the previous warmest first half of a year in 1998. {via} 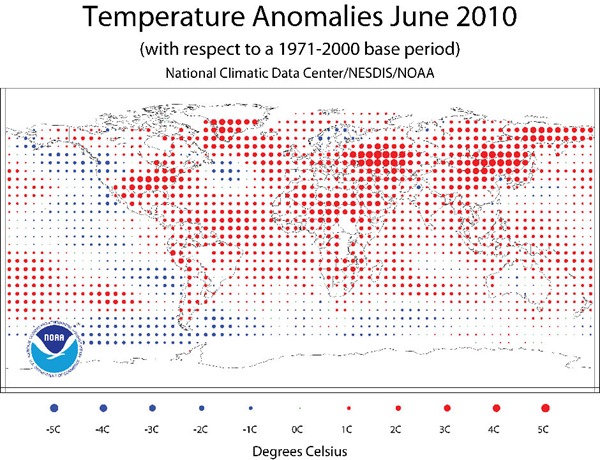