Why the world hates America 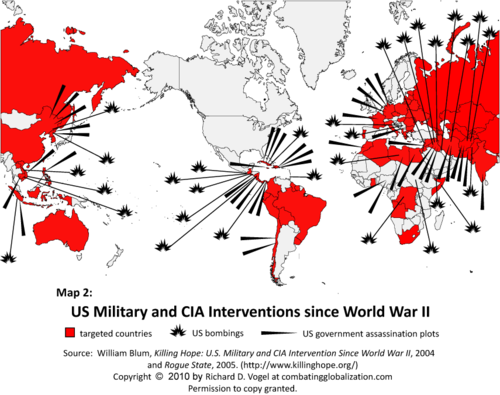 Below is an excerpt from a post entitled “We came, We saw, We destroyed, We forgot”  by William Blum.

If you’re American and wonder why the rest of the world hates your guts, why Jihadists are out there after you, or why your government is despised, you better read more about this issue.