Freedom of Speech Flushed Down the Toilet Yet Again

I am no stranger to being threatened for my outspoken opinions about social issues in Lebanon.  In 2010, I was “let go” from a staff writer position at one of AUB’spublications because I wrote a blog post on my personal blog that someone in AUB’s higher management did not like. In 2011, I got a call from a so-called-lawyer of a burger joint (which has went bankrupt since) threatening me with a lawsuit over negative tweets about their food quality. I laughed in her face at the time since she did not even know the difference between Facebook and Twitter and I had documented proof that the owner of the place had created an account for the purpose of bashing me. 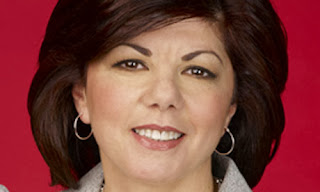 I was not the first or last victim of corporate bullying in Lebanon or around the world. In 2010, Octavia Nasr, a renounced Lebanese journalist, was fired from her position as Senior Editor of Mideast Affairs from CNN because she made a condolence tweet about late Sheikh Mohammed Hussein Fadlallah.

Blogger Gino Raidy from Gino’s blog has seen his share of potential lawsuits due to his outspoken nature as well. Most recently, Raidy was sued by TV personality Joe Maalouf (I cannot really call him a journalist). “I am an extremist when it comes to Freedom of Speech and Freedom of Expression. Maalouf can say what he wants, about who he wants. He can lie, make up stuff, practically anything he feels like. I am all for that, because I believe people have the ability to discern for themselves if this is rubbish or legit reporting (it’s rubbish of course) and believe no one should be forcibly censored or quieted (like Maalouf tried to do to me),” says Raidy on his blog. Raidy had previously called Maalouf a ‘closeted gay man’ after he outed people on his now-cancelled show on MTV. The lawsuit was later dropped. 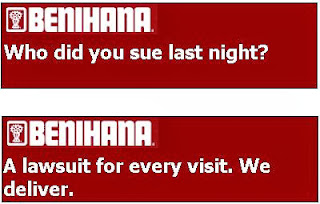 Yet, the most classic example of corporate bullying goes to Benihana in Kuwait when they decided to sue a Lebanese blogger, Mark Makhoul, in 2011, over a restaurant review on his blog 248am. He ended up losing the lawsuit after Benihana appealed (he originally won). But the franchise took a massive PR hit worth millions of dollars in negative publicity. Hundreds of bloggers and tweeps supported Mark in exposing and boycotting the restaurant over the region.

It has become the reference case for any company that thinks about suing a blogger for their opinion.

But it seems that the Pan Arab Web Awards Academy did not get the memo. They still have the mentality that great wasta can you get anywhere in Lebanon, regardless of what horrible PR might result about your organization. What is even more ironic here is that this is supposed to be a web award academy that knows how to behave online, since, you know, it’s giving away awards about this very issue. 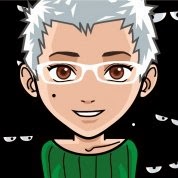 Lebanese blogger Rita Kamel exposed the scam behind these web awards in which they are basically selling the awards to website owners and denying the award if an owner does not pay for participation/price of the award. Kamel wrote a blog post entitled: ‘Congrats! You are an idiot! Pan Arab Web Awards Academy Scam’ where she writes all the related information in detail.

“Following a phone call by the Cybercrime and Intellectual Property Bureau, I was summoned for interrogation on August 26th. Over the phone, I had no idea what it was about. I showed up on the said date only to discover that it was because of my blog post that a libel and slander case was raised against me,” she says.

“Long story made short, the issue was mainly about the tone of the article and the couple of adjectives that I used knowing that I did not apply for the above mentioned award. I was describing and critiquing a process but it sounded like I was judging and being disrespectful – especially in the Arabic translation – which was not my intention at all,” she continues.

Ladies and gentlemen, the tone of the article!!! The tone of the article upset the owners of the web awards and they thought they had enough wasta to take out a blogger. It is as if Kamel is the only person who expresses her opinions sarcastically in Lebanon. Where are the authorities when TV personalities on Al Manar, for example, use inappropriate and demeaning adjectives to describe presidents and ministers for the world to see? Or is it that they only apply to ‘weak’ bloggers because some organization got butthurt by a tone?

The problem here is that there are no explicit laws in Lebanon to determine who is right in cases related to online and social media. They are just playing it by ear. “The Bureau investigates any case that has to do with cases over the internet but as far as legal grounds are concerned, the laws are incomplete and blurry,” says Kamel. “Personally, I think that it all goes down to the lack of laws and how people are using the gaps in the current ones. The parliament needs to pick up speed.”