This article was originally published in Cloud 961's November issue.
In an attempt to promote inspiring stories about people from the Lebanese Online Community, we, at Cloud961, have decided to dedicate a monthly column to interview an inspiring figure that has left a mark in the Lebanese online sphere. For your suggestions for this column, feel free to email me on mhijazi@cloud961.com. 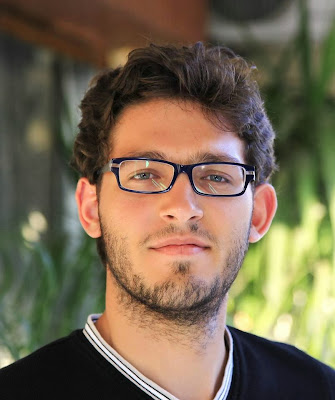 Piotr Yordanov is a Lebanese (with Russian origins) software engineer who graduated from the American University of Beirut. He is an entrepreneur who writes code, does web design and creates musical art. Piotr co-founded Baytbaytak, the first MENA map-based real-estate website and is currently founding Beepl, a tool to bookmark people and organize them across social networks. Piotr is now participating in the Draper University fall session in California after he crowd-funded his tuition money in order to attend it.

Q: Tell us about the experience you have in entrepreneurship and why you got interested in this field.
A: It all started after my internship at CMU in the summer of 2011. I realized that I wanted a greater cause to fight for than having a boring day job.
I tried to have my final year project to be a startup; it failed. I tried to create a gamification app with a friend, but it failed too. I joined Anghami upon graduation in 2012, and left 2 month later. In September of that year, I co-founded Baytaytak but then left in April at which point I joined a San Francisco based startup and moved there but had to leave for the core was not what I’m best at.
At this point, my previous failures taught me how to release websites, design them, define, find and build products, handle customer support, and sell products. I was confident that I can invest my own money to solo-found and bootstrap Beepl.

Q: How does it feel to have a failed start-up and what have you learned from the experience?
A: As I said, I have failed 4 times so far. It doesn’t matter how many times I failed. In the valley, the question asked is always “What next?” Our Draper U daily oath says: “I will fail and fail again until I succeed”.
And in the words of Churchill, “Success is moving from one failure to another with no loss of enthusiasm”.
I don’t have business success yet, but I have enough business failure to turn my next startup into a success. And this was only possible because of my previous failures.
Fail fast, fail cheap. And for those of you out there who see failure as being “3ayb”… no comment.

Q: What is Draper University and why did you want to go there?
A: DU was created by Tim Draper, an insanely influential and successful venture capitalist in the Valley whose family has been into Venture Capitalist for the past 3 generations.
I applied because I wanted to expand my entrepreneurial skills, expand my network and increase the chances of success of BeeplApp, my new startup.

Q: What is the #IWanaBeAHero campaign and did it meet its objectives?
A: I invested 4,000$ from my personal savings to run Beepl. But then, I realized that I needed 8,000$ to fund my tuition and trip to SF for DU. It was twice the original budget and I couldn’t afford it.
So I started this crowd-funding campaign to raise the money. The campaign ends On Sunday 27 October, as of this writing I raised 7,200$ and still have 4 days to go.

Q: Why didn't you use Zoomaal (a Lebanese start-up) as a crowd-funding platform but used Indiegogo instead? Do you think that Lebanese start-ups are still lacking international standards?
A: Even though the campaign runs for 45 days, I only had 20 days before going to DU meaning that I could only run the campaign for 20 days. Going for a fixed campaign was risky. I had to do flexible and only Indiegogo provides it. Also, Indiegogo gave me more exposure by allowing my campaign to be in partnership with Draper University.
That being said, it would have made sense to use Zoomaal to support me since I’m an Arab entrepreneur.
What are international standards anyway? Is it Silicon Valley? Boston? NYC? Berlin? Singapour or Tel Aviv?  A start-up is 3 things: entrepreneurs, investors and the market. I think all three lack some maturity in Lebanon.

Q: Crowd-funding as a concept has gotten a lot of criticism, especially when it is being used for personal reasons like raising tuition money. How is it different from begging people for money?
A: You beg and get money for free.
You crowd-fund and get money in exchange of services you provide. I will be doing workshops, mentorship, and provide my consultancy skills etc… It’s not free money, its money in exchange of a service. Still some money comes as donation from people who want to support me to get this dream come true.

Q: Your campaign has started off with a bang; you've reached half your goal within two days of the campaign. Why do you think it slowed off after that?
A: Because the high cost perks got bought on those 2 days, which is “hire my skills”. Afterwards, it was about small 10-100 $ contributions. I then had to use PR and direct sales to get the rest, basically reaching out to people outside my network. 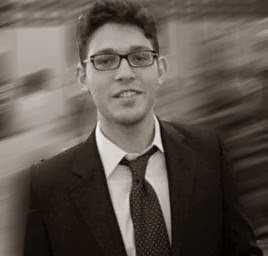 Q: What was the reaction of the Lebanese Online Community like for your campaign?
A: Hate and lack of support from many people, in particular people I worked with previously in the startup scene.
Those, who have seen and done it before, supported me, for they knew how much hate you get because the Lebanese don’t like seeing other Lebanese succeed.

Q: What are the three most important things that you have learned at Draper University so far?
A: Humility, perseverance and urgent optimism.

Q: What do you think is the hardest challenge in the entrepreneurship field in Lebanon and how can we, as a society, overcome it?
A: The hardest challenge is our mentality. People tend to be afraid (from bombs), selfish (how many people open source or give help/art/music for FREE?) and lack education.
Change is hard. I’m afraid I don’t know how we can overcome as a society, but I know that my job is to be the best at what I do and set a positive example for others to emulate.

Q: What are your plans after you come back from Draper University?
A: I have to first fulfill the perks I offered during the campaign. The rest really depends on how good will the outcome of DU be. My goal is to pitch Beepl to Tim at the end of the program, raise money and push it to the next level: Grow the customer base and build a team to scale the process.