Tweep Gets Shot in Hamra after Political Celebration 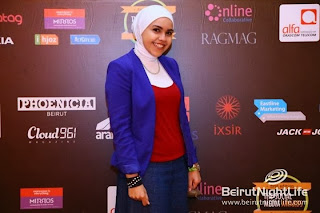 Bayan Bibi: After a getting hit by a stray bullet and punctured lung, I am starting a social media campaign to promote positivity.

This article was originally published in Cloud 961's November issue.

Bayan Bibi is showing the world that she is still very strong despite all that she has gone through. She engraved the bullet that shot her and punctured her lungs just a few weeks ago while walking in Hamra and wears it proudly around her neck: A true act of courage and bravery. Instead of blaming her shooter or his political party, she is urging everyone to be positive and not hate. She has planned out a social media campaign and a web-series to spread her message. Here is her story as told by her! 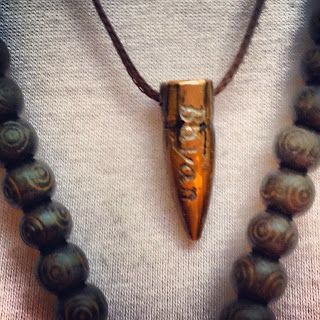 While people were celebrating some political thing, a stray bullet fell on my back while I was walking with a friend in Hamra Street. It cut through my lung and it jammed itself between my 3rd and 4th ribs.

I was rushed to the emergency room at AUBMC. There, they used x-ray and eco machines to discover what damage was done and diagnose me. They were forced to pierce my lung and introduce a drainage tube to remove the water and blood which was filling it. I was in a critical state. 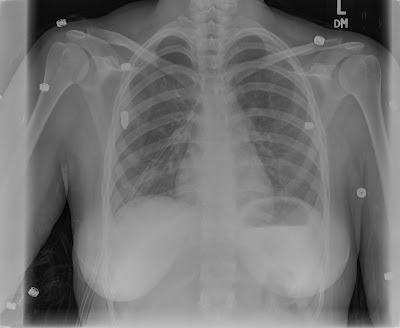 While I was in emergency I wrote this on Facebook:

People began to ask what’s wrong; friends, family, and a lot of other people who I don’t know. Some messages touched me like: 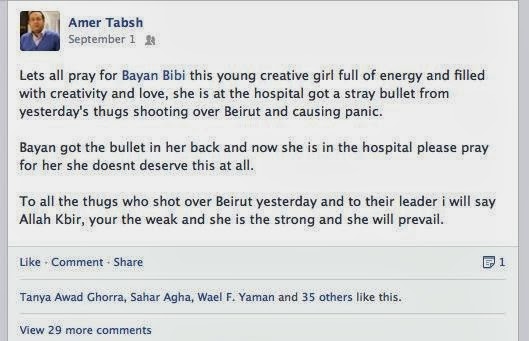 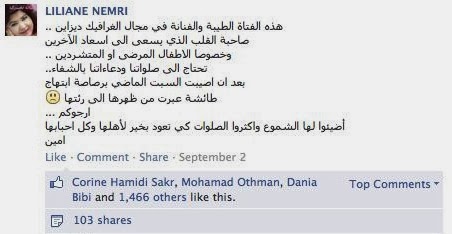 The media began to talk about it from televisions to radio stations. However, when I saw how some began to use this incident to blame others or to begin spreading negative energy and hate, I quickly decided to add this to my Facebook.

Then the media started to understand. I stayed in the hospital initially for four days, and then I went home to rest and heal enough to be able to undergo surgery for ten days. During that time people and media kept on talking about what happened, positively.

After that I entered the hospital again for a surgery to remove the bullet. It was really tough but because great people were around me I felt less pain. I really felt blessed by all these amazing people around me.  I have learned a lot from what happened, that’s why now while I’m at home, and I began working on this for a reason.

My plan is to create an online series that will be spreading positive energy and explaining how positive energy affects on our lives. We will be a group that will invite in every episode a different influential person like: Mr. Fadi Ghandour (CEO, Founder of Aramex). He could discuss his success stories and how he affects others in his community and how the positive energy he spreads affects him and all people around him.

The guests will be from different fields. And we will be choosing the best inspiring people. They will all give useful tips on how we can make our lives positive, how we can be different yet living together, how to see the good in others, how to treat others, tolerance, etc..

Following each show, we will have a two to three minutes cartoon animation of a character called "Bayan" which will be inspired by every subject. The show will be available with English and French subtitles.

First I thought of creating this program and choosing a TV channel to pitch it to them, but then I thought that I don't want it to be for a certain group and not the other. Thus, I decided to create it and broadcast it on YouTube. This way it will not be biased to any party or group and it will be more accessible and shareable by everyone.

"Bayan" will be acting as an ambassador (guardian angel) for NGOs. Whenever any NGO needs support, the character will make a product or a campaign to help it.