Smoking ban will cause the loss of 2600 jobs in Lebanon

By M August 25, 2012
Tobacco control legislation will come into effect in Lebanon on September 3rd, 2012.

As usual, the Lebanese government will implement random laws without studying the effect it will cause on society and the economy.

Don't get me wrong, I am not against the smoking ban, but it should not be like this. This law that was approved is out-dated and comes back from the early 1900s and is technically very strict that I doubt it will even be properly enforced.

What's mainly wrong with this law is that it does not allow for smokers to have specialized places to go to. It is also incomplete as it sets the stage for poor implementation, corruption and a non-negligible negative effect on the country’s tourism and hospitality sectors.

The figures and infographics below are prepared by The Syndicate of Owners of Restaurants in Lebanon and are part of a study conducted by Ernest & Young in Lebanon.

It makes you think twice before following the tobacco ban law blindly.

UPDATE: You can read the law and its amendments (in red) here. 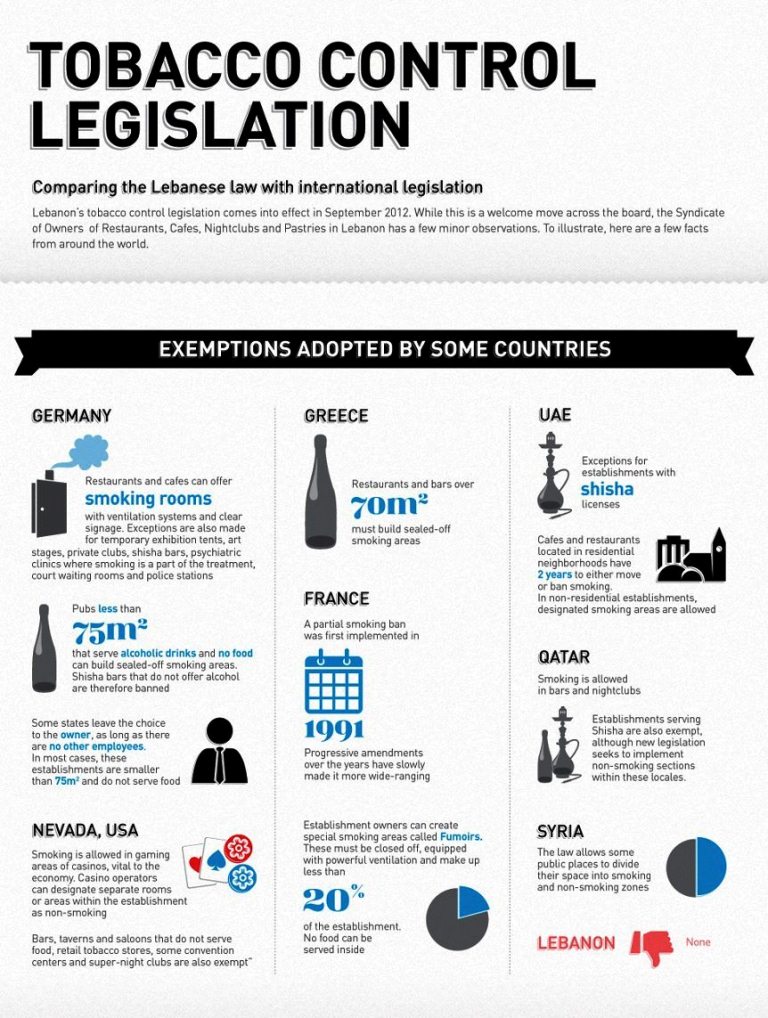 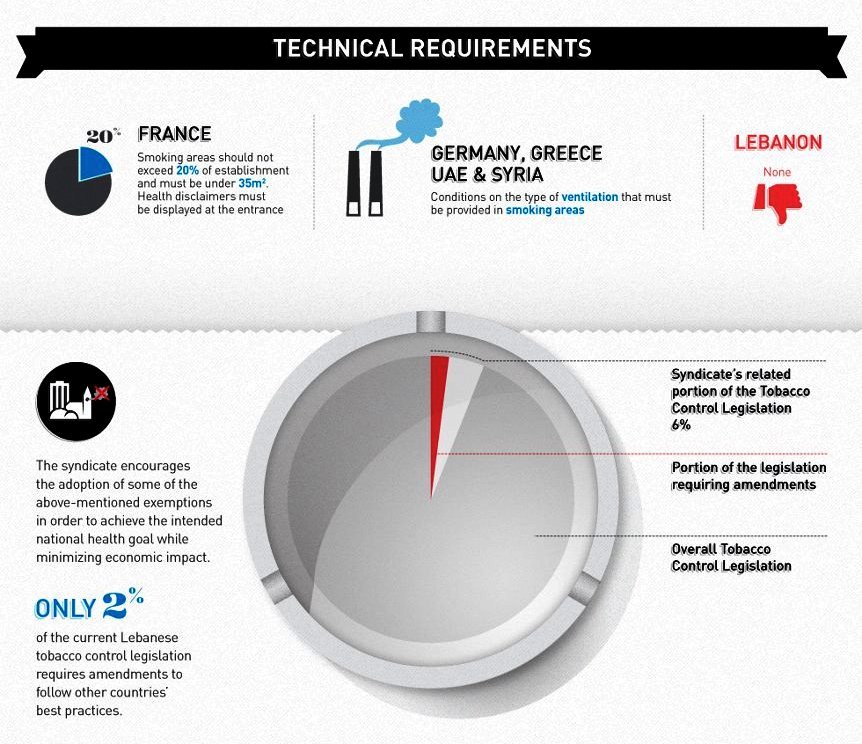 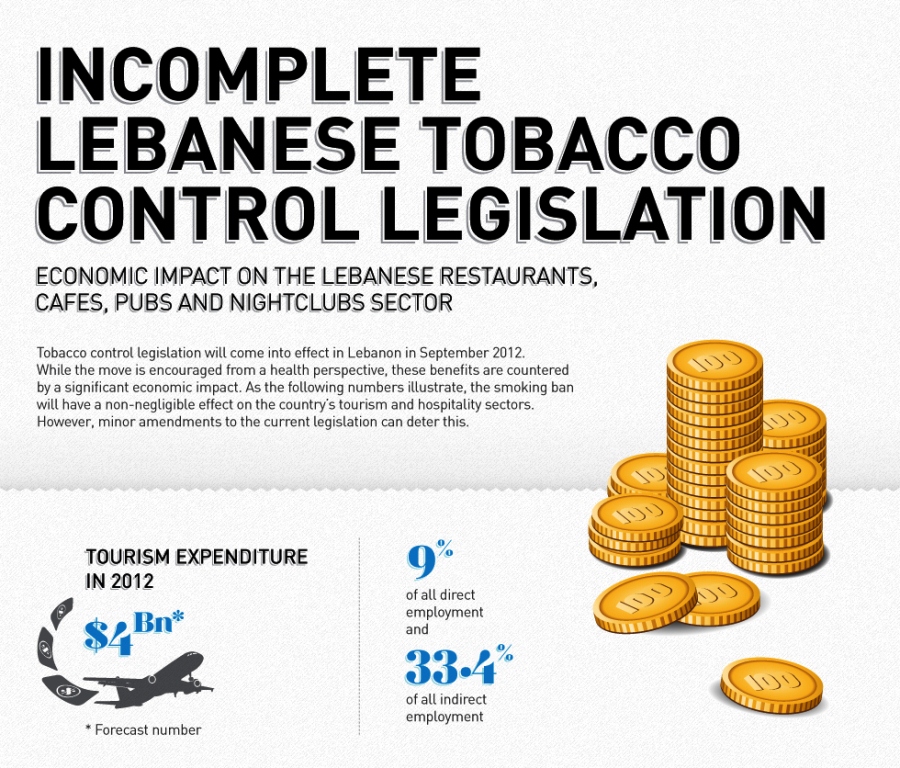 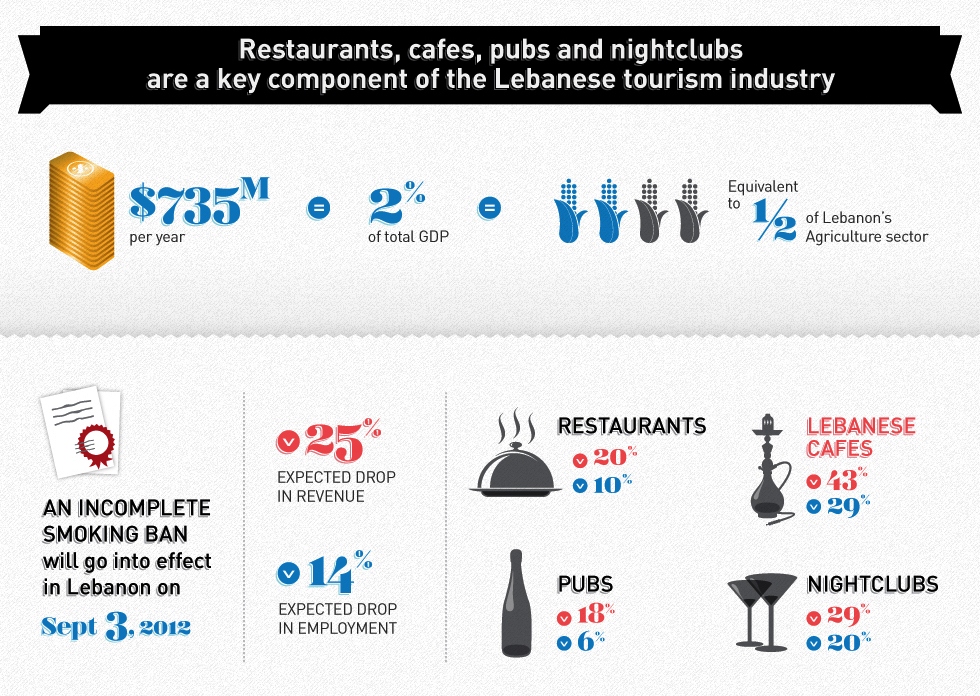 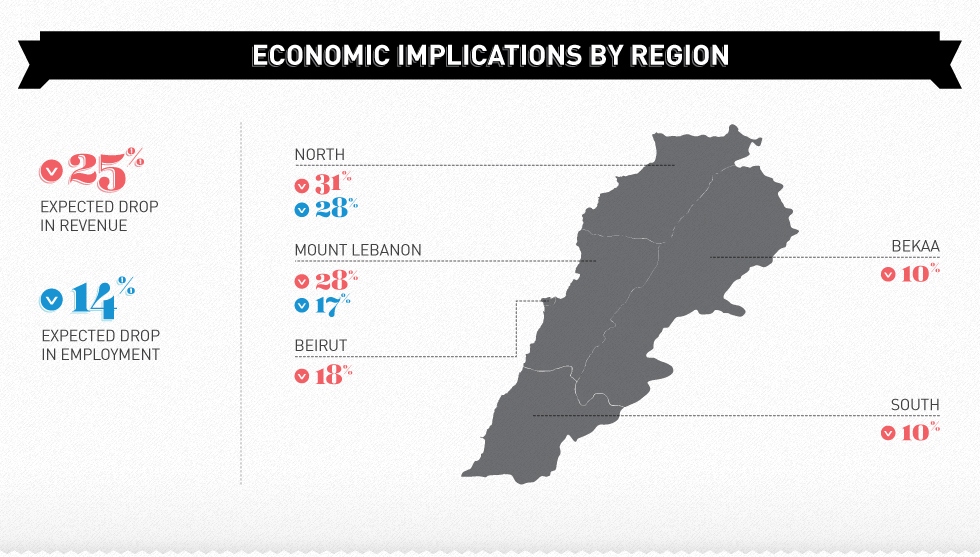 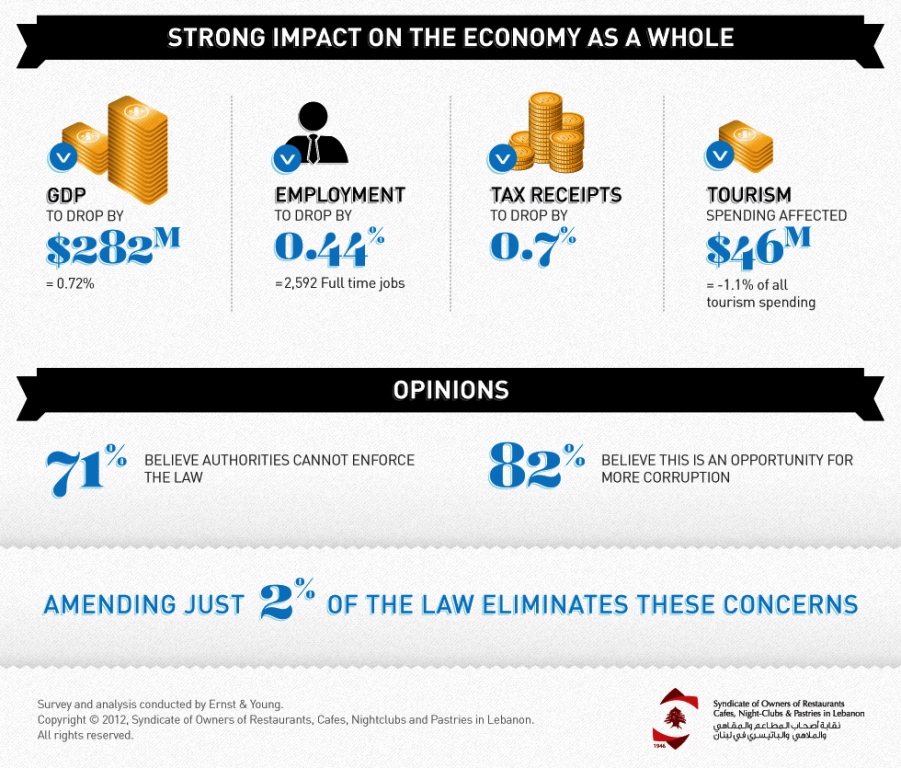 Issues with the current legislation