David Munir Nabti: Our Creativity is Limited More Than We Know or Care to Accept

By M March 03, 2014
Inspiring People from the Lebanese Online Community 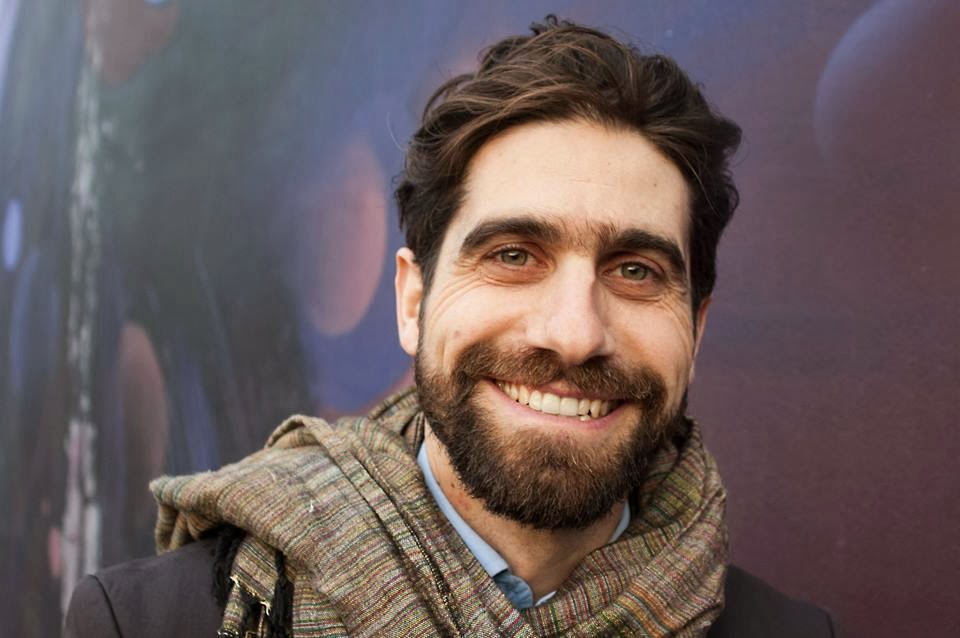 David Munir Nabti works to support high impact innovation & entrepreneurship, and youth/alternative media. He is Co-founder and CEO (Chief Entrepreneur & Organizer) of AltCity.me, a new media/tech/social impact collaboration space and startup accelerator/support space in Beirut. AltCity includes a newsroom/media café, business support services, co-working spaces, offices, meeting rooms, and more, and is designed to be the ideal place for startups and freelancers to work. He is also co-founder of DevIneMedia/Hibr, a youth-powered alternative media outlet in Lebanon. He grew up between California and Beirut, studied at UC Berkeley (political economy), worked at the UN-FAO in Syria, Stanford University (Communication Dept., Journalism Program), UC Berkeley (Education Dept, Service-Learning Research & Development Center), and Google, as a freelance journalist, and interned at Cisco Systems HQ and KQED (SF public media). He also conducted research on social entrepreneurship, and the relation between regime interests, the education system, and economic development in Egypt.

How and why did you get involved in the start-up community in Lebanon?
I left my work in Silicon Valley because I wanted to see what could be done, what I could do, to support the development of high-impact high-output innovation and entrepreneurship communities in the places in the world that need it the most, focusing on post-conflict and transitioning countries. I wanted to start working in Lebanon because of my family connection to the country, but hope we can expand our work outside Lebanon soon.

What keeps you going? What's your mission and where are you in terms of achieving it?
We want to help people build stuff, start, produce, create. We are very output-oriented. We hope the different activities we do help people along that path, help them find and succeed at the things they love, and help them build successful and scalable startups and social ventures. While we try to help with technical, space, and infrastructure supports, the most important element we are trying to focus on is helping build and support a positive community where people support each other, brainstorm, share, learn, and collaborate. I think we’re moving in that direction, but we also need to make that effort self-sustaining and profitable. We’re not there yet, but we’re close. Hopefully, 2014 will be our take-off year.

What is AltCity and how did you come up with the idea?
AltCity is a community collaboration space and startup support space designed to help people connect, come up with great ideas, and get the supports they need to launch and grow their startups. I actually didn’t want to start up a community space at all. Back in 2007 I wanted to work on different projects around the themes of media & tech for social change, not as an organization or company, but as a sort of freelance collective working on different projects with different partners, working out of different spaces and offices, etc. I realized back then that there is a lot of negative competition and territoriality in Lebanon that made my approach difficult. When I realized I needed an office and a company to do the things I wanted to do, I decided to do it in a way that would help others to do what I wanted to do before, to help people do great projects and startup companies and non-profits that would contribute to building the city and community and world that we want. We tried different things over the years, and the idea evolved with the great team that came together to work on this effort. AltCity is the result of those efforts and the contributions of the people who have been and are a part of it.

What differentiates AltCity from other co-working spaces in Beirut?
Each co-working space has a different style and approach, and I would encourage any curious person or startup to visit many of them to see what suits them best. I suppose one of the main distinctions with AltCity as a co-working space is that we want to build it as a community space as much as a co-working space, which is why we have the cafe, are starting retail sales for items and projects we believe in, and we organize and host a ton of events. The cafe isn’t accidental, as well. There is a special relationship that people build when they eat together, which is how we got sayings like “breaking bread together” or “khobz wa milh”, since the bond is different when you share a meal together versus just having coffee or sweets together. We want our cafe – and all of AltCity – to help build those bonds within our communities. The emphasis on events has a similar purpose, to try to bring people together around different topics and help build and support communities of interest and communities of practice.

How does AltCity contribute to the Lebanese online community?
A lot of great online startups, bloggers, designers, and freelancers are part of the greater AltCity family, attend or organize events, work out of AltCity, or got their start at a hack-a-thon or other event we organized or hosted. We hope we can do even much more in the coming months and years, and do an even better job of engaging people inside and outside AltCity. We also really want to boost up our online content production in ways that can be of great value to our AltCity family and the broader community of innovators and makers. In 2014, there are 5 key startup programs we are working on, including a game development program, web/mobile app development, new media, a startup registration and support program, and then overlapping with all of those is the Startup BootCamp we’re organizing and will be launching in a few months with the support of the Central Bank (BDL - Banque du Liban) and the Ministry of Telecommunications. Stay tuned!

What is the business model of AltCity like and how does it sustain itself?
AltCity has a few different revenue streams, including co-working, events, cafe, and project contracts. We’re also looking to grow the startup program so that we have a small equity stake in some startups, and in that way truly align our missions such that the success of startups we support is our success.

How does social media contribute to AltCity’s success?
Social media is a great tool for communicating with our communities — hearing from them as much as communicating to them, learning, sharing ideas, and more. Honestly, we have benefited a lot from online/social media, but I actually don’t think we’ve been doing a stellar job at that. It is one of our main goals for 2014 to have a much stronger social media presence, to create some really great content, and to do an even better job at building and supporting and engaging our online community as much as we do our offline community.

What does “AltCity” even mean?
AltCity is from “Alternative City”. We don’t believe in Utopia, but we want to help people envision the city they want to live in, across all sectors, and then see what can be done to help build towards that. While we are thrilled about helping people build startups that have regional and global relevance, we also want to help people build startups that improve life and address problems in Lebanon and in Beirut. While we focus on web/mobile, gaming, new media and design, those things can touch across all elements that are part of living in a city – transportation, education, health, energy, culture, etc – and Beirut (and many cities) need help across those different sectors. 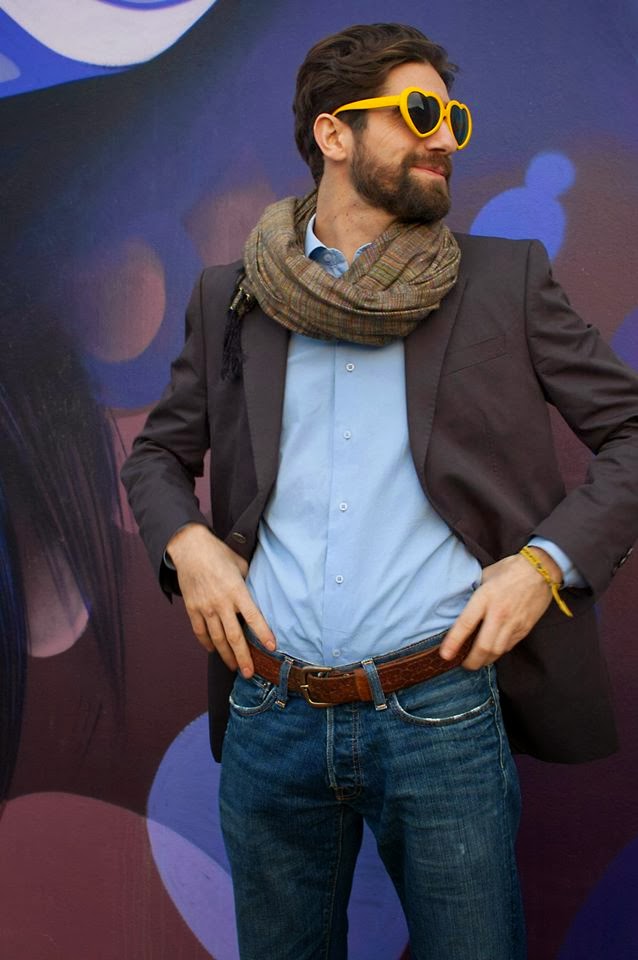 What was Hibr and what happened to it?
Hibr was a youth-run media outlet that worked online and in print for almost 2 years. It was an exciting project, and we worked with young people all across the country. There were two main challenges we had with it. First, we ended up having incredible difficulty innovating within the project, online and offline, which caused the effort to stagnate. A key part of that problem was that we were too focused on “empowering young people” and not enough on “delivering the product”. The second main problem was that we didn’t manage to make it financially self-sustaining. Those issues aside, we are still getting requests from people who were part of the Hibr effort and people who enjoyed reading it to restart the outlet. We’re considering doing something along those lines down the road, in a different format, but we’re not ready for that yet.

What is your relationship like with the Lebanese online community?
I don’t see the Lebanese online community as a sort of monolithic community, but rather a collection of communities that mirror our offline communities. In many ways our relationships with these groups – online and offline – are good, but we’d like to strengthen them. One of our main interests is to build up and support the community of innovators, makers, entrepreneurs, and creatives, those people who actually want to start and build something. Some of them are active in social media, some of them not, but all of them contribute to and are valuable in this effort.

What is your favorite personal social network and why?
Between Twitter, Facebook, and LinkedIn, they all have their valid contributions, and some annoying elements. I end up learning a lot from people and posts on each platform, but I wish there were better filtering tools to lower the amount of garbage that comes through. I hate how Facebook is now doing excessive filtering based on their business objectives (rather than on my community/personal objectives). Twitter is better in that sense, but each person needs to figure out how to do their own filtering on Twitter because it really is a flood of information on their, good stuff and garbage all mixed together.

In your opinion, which topics can't you discuss online? What are the red lines?

What advice do you give to people who are interested in an innovation or entrepreneurial career track?
Many people are still innovating many years behind the curve. They – we all – need to be better at following key trends globally so that we are innovating at the forefront of technology and human behavior, innovating for 5 and 10 years from now, not 5 years in the past. As part of this, people need to figure out what their passion is and become a pro at it, absorb it every way they can, master it. Too many people are trying to be entrepreneurs without having a passion for something, and I find those efforts are too often mediocre and uninteresting. Perhaps the most difficult things to teach are curiosity and self-learning, but they are critical. Add to those the traits of passion and pursuit of excellence, and that is an entrepreneur or startup that we’d be excited to work with and build something amazing with.

What do you think is the hardest challenge in the entrepreneurship field in Lebanon and how can we, as a society, overcome it?
We talk about how creative we are as a community, but I think our creativity is limited more than we know or care to accept. Of course there some people who break that trend and do amazing stuff, but too often the lack of passion, positive creative competition, pursuit of excellence, curiosity, or self-learning constrain our creative pursuits. Again here, I think the role of a positive innovation community is critical. We hope that supporting the growth of that community in Lebanon, and then looking at creative ways of connecting that community to spaces and groups working abroad, will help strengthen and advance the creative outputs from Lebanon.

​Stay in touch via Twitter at @dmnabti or LinkedIn at linkedin.com/in/dmnabti.


A version of this article has appeared as a cover interview of the February issue of Cloud961 magazine. You can read the full issue here.