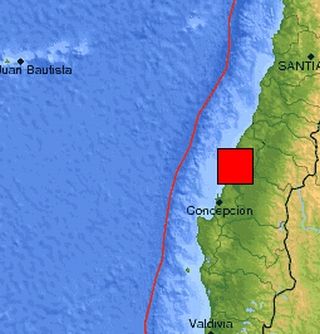 A national emergency official told local radio the government was evaluating damage in and around Concepcion.

In 1960, Chile was hit by the world's biggest earthquake since records dating back to 1900, USGS data shows. The 9.5 magnitude quake devastated the south-central city of Valdivia, killing 1,655 people and sending a tsunami which battered Easter Island 2,300 miles off Chile's Pacific seaboard and continued as far as Hawaii, Japan and the Philippines.