By Mind Soup June 15, 2011
This is a guest post by Di Kar. Di is a Sudanese political science undergrad at the American University of Beirut. Follow her on twitter @D3akar

Politics and what not. 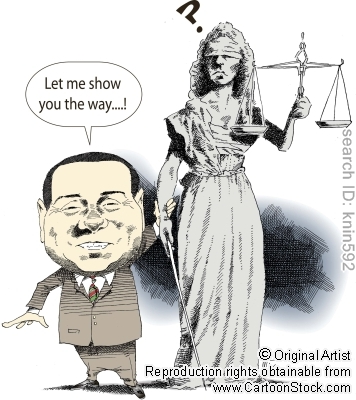 The Arab Spring has been the highlight of everything I have read over the past few days from twitter, aside from numerous newspapers and Italian politics. Your probably wondering why I am mentioning Italy, right? Hold that thought.

The Arab Spring, that started with a man in Tunis and sparked mass protests in countries from the Maghreb to Yemen, has now shifted the whole scope of the Middle East and North Africa region. It is, to me, a much needed breeze of change for a region that has been stagnant under the fists of despotism and western influences. For the first time, I feel optimistic about the region. Egypt is pulling weight, and heading towards democratizing its system of government - despite all the challenges - nevertheless, the sleeping giant has awoken. Perhaps the Palestinian diaspora might be resolved or Sudan be more stabilized, these are but distant thought buts the Arab spring has opened a new chapter in history.

Italy - the Arabs of Europe.

Italy, a country of just 150 years, has not been as fortunate with its economy or politics like its neighbors in Europe. It has suffered from economical stagnation, political hegemony of a political party - Lega Nord (Northern League) - known for it xenophobic traits, not only against immigrants but also other regions south of Padania (everything South of the Po river). I dub Italians as the the Arabs of Europe because simple they are much like us in regards to holding on to traditions: they stay in contact with immediate and extended family but also live in a society that is predominantly patriarchal - (that’s my next piece).

But this is not the point. The point is that the Arab Spring has reached the shores of Europe.

The past two days in Italy have been history for a country of only 150, having voted for a referendum against nuclear power - the first after the earthquake in Japan - and against privatizing water. More then 50% of the population voted against introducing these two measures. The total tally was a staggering 95% which was revolutionary in a country like Italy since its politics is dominated by the tycoon and owner of Media giant Mediaset and also the residing PM Silvio Berlosconi from the early 1990’s. Belusconism is a term that the youth have coined up to describes the effect the PM has on the country with a national debt of 120% , rising living cost, privatizing education, high levels of corruption, Mafia overtake of business in northern Italy and last but not least the growing immigrant influx.

Hence, Italian politics has been stagnant and dominated by a xenophobic party that has put in place a man more know globally known for his sex themed parties rather then his politics. Moreover, this man and his supporting political parties boycotted the referendum in protest against the rising negative allegation against the governments unpopular policies. Therefore, instead of demonstrating the very essence of democracy by voting and not forfeiting ones’ right to vote, he abstained . A great leader he is, a leader who will soon join the ranks of Bin Ali, and Mubarak and will (hopefully) be trailed for corruption, statuary rape and money laundering amongst other things like them.

Why, you ask? Why does it matter? This matters because Italians were inspired to bring change to their country, to twitter, to blog and to use every social media available to them. They realized how fortunate they are to have the kind of freedom to change their government with out any blood shed.

The moral of this story is that, events from the region were revolutionary for this time and age and was fueled by social media. I urge you to keep writing what the voice in your head is telling you if your a tweep, blogger or social media fanatic... It is people like you who are the ray of light in this unforeseen future.

Remember, hope is the last to die.