Who is faking it among the Lebanese top Twitter users?

By M September 21, 2012
Twitter users and the media are amazed and impressed by the amount of followers that celebrities and some influencers have acquired since they started using twitter.

To avoid any sampling bias from myself, I chose to use the "20 Most Powerful People on Twitter in Lebanon" list by 2famous.tv. I then used a service by Status People that allows you to figure out the percentage of fake followers a user has in addition to the percentage of inactive and good followers. I obtained the following results: 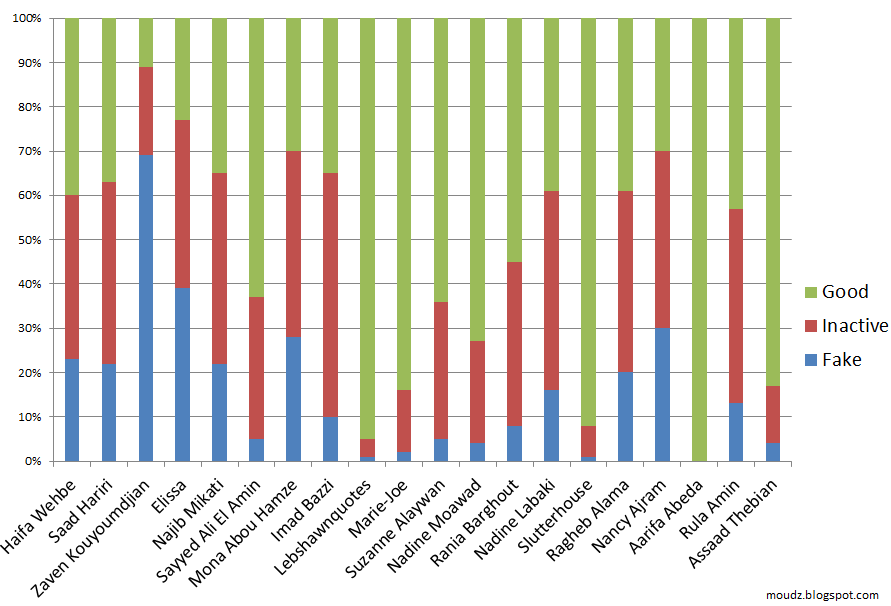 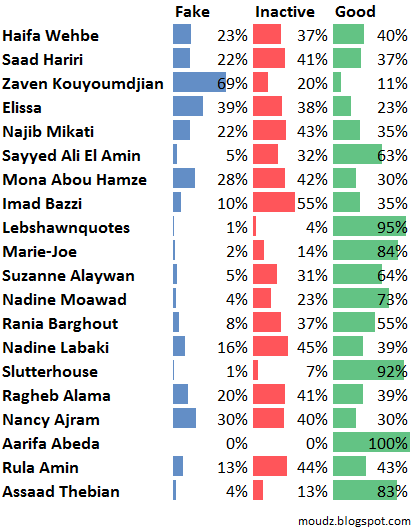 So what do we take from the above figures?
What else can you conclude from these figures? And how many real followers do you have? Let us know in the comments below.