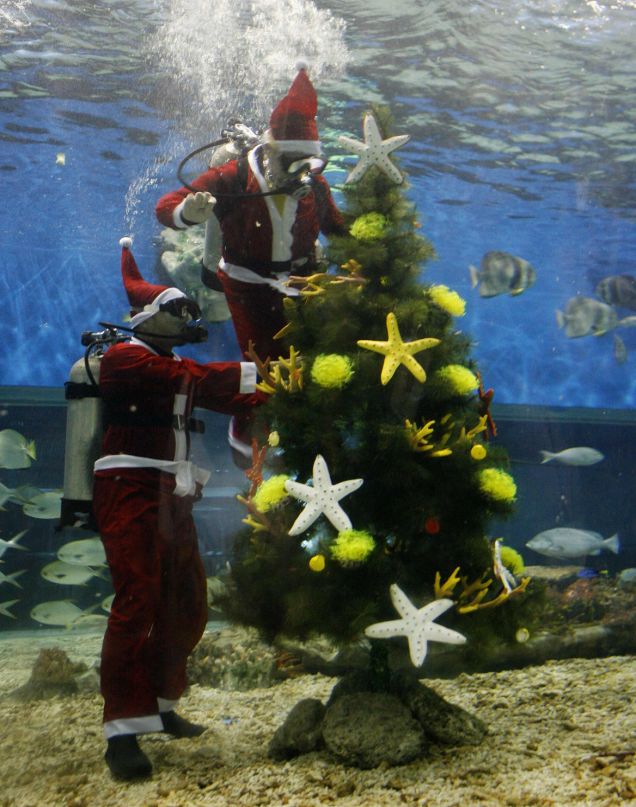 Deck the pools: Festive divers work at an aquarium in Manila


As the lights were switched on in Trafalgar Square last night – and we all start thinking of getting ours in this weekend – other countries were creating their eye-catching variations.
The smallest would be pretty tricky to decorate – because it measures less than half the width of a human hair. 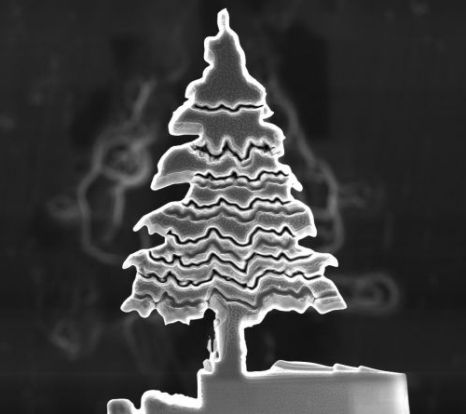 Little bit of fun: This silicon tree is 0.04mm wide


It is made from silicon with an ion beam, normally used on silicon chips, at Britain’s National Physical Laboratory.
Meanwhile, Mexico City has gone to the other extreme, hoping to enter the record books with a tree that towers 90m (295ft) over shoppers – beating Rio de Janeiro’s 82m (270ft) effort. 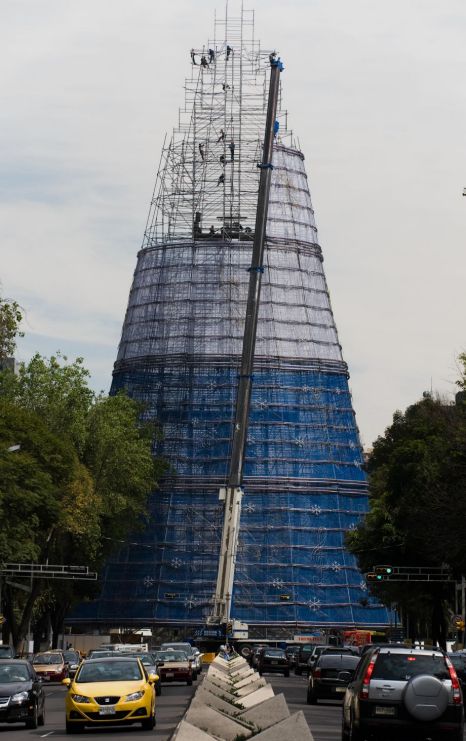 
Big in another sense is the effort standing in New York’s Rockefeller Center. It has been bedecked with a dazzling 30,000 lights.
But lights would be a fairly risky decoration for the tree being set up in the Philippines – it’s underwater.
Divers wearing Father Christmas outfits have put the finishing touches – such as festive starfish – to the fir at the Manila Ocean Park aquarium. 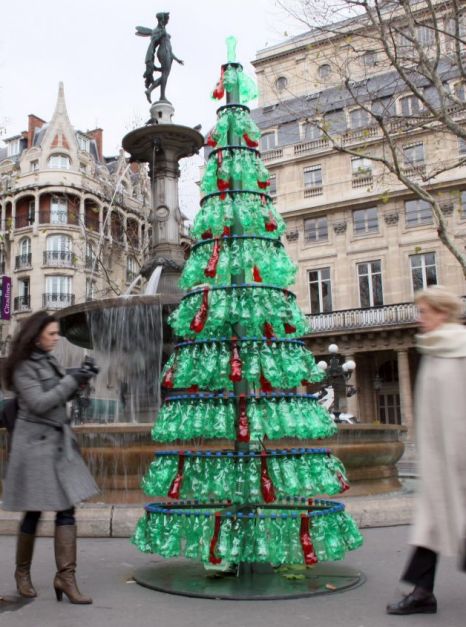 A lot of bottle: Paris boasts Christmas trees made from recycled plastic bottles


In both Paris, France and Sydney, Australia, they opted for the eco-friendly option, building their own trees entirely out of recycled plastic bottles.
Closer to home, an ice tree was unveiled at St Pancras International last night and Claridge’s in Mayfair boasts the first tree to come with a leopard. 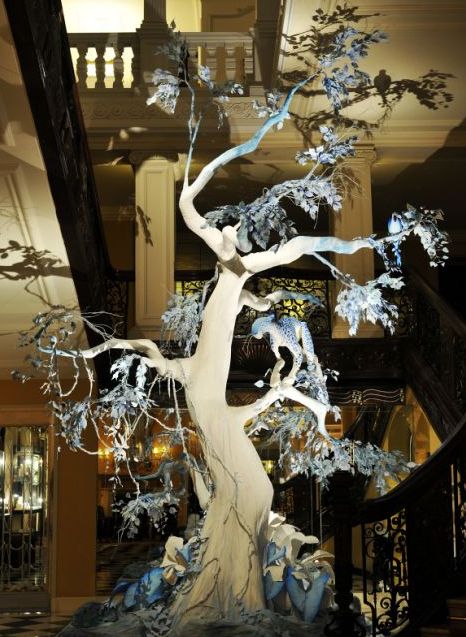 
The papier-mache and polystyrene creation was thought up by Christian Dior designer John Galliano.