Avatar Out of China 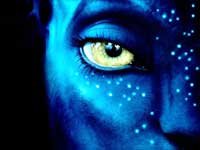 James Cameron's 'Avatar' may soon be stopped from screening in China, as the authorities apparently feel the movie is subversive.

Seemingly, the China Film Group has demanded theatres across the country to stop showing the 3-D version of Avatar from January 23 on orders from Beijing's propaganda chiefs.

The Government's concern reportedly is that the citizens of the country may find similarity with Avatar's Na'vi people, who fight to save their planet from humans.

The authorities have two reasons for this check on Avatar: first, it has taken in too much money
and has seized market share from domestic films, and second, it may lead audiences to think about forced removal, and may possibly incite violent acts.

To views relief multiple-screen cinema, in the city of Wuxi, has promised to refund the tickets booked for shows after January 23.