By Daisy June 03, 2010
I definitely admit to being somewhat of a computer geek. While I don't use Linux on a daily basis, I know that it's a pretty cool operating system with way more benefits and less problems than the standard Windows OS. When I got super-excited after seeing this blog posting from OMG! Ubuntu! (that I've reposted below), I realized that my geekiness just increased exponentially.

With the biannual list of the top 500 supercomputers the world over released, the following screenshot of a graph showing the operating systems used in those 500 peta-flop crunching machines, and produced by the University of California Berkeley, makes for an impressive visual glance at Linux’s dominance in Super
Computing. 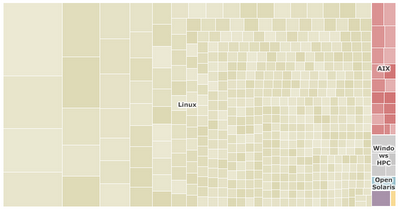 Check it out in its full interactive form @ http://news.bbc.co.uk/1/hi/technology/10187248.stm to get down and dirty with the stats behind it.
Sadly Ubuntu doesn’t feature in the list breakdown, but given these rigs are used for number-crunching rather than World of Goo and twitter that’s no surprise!" 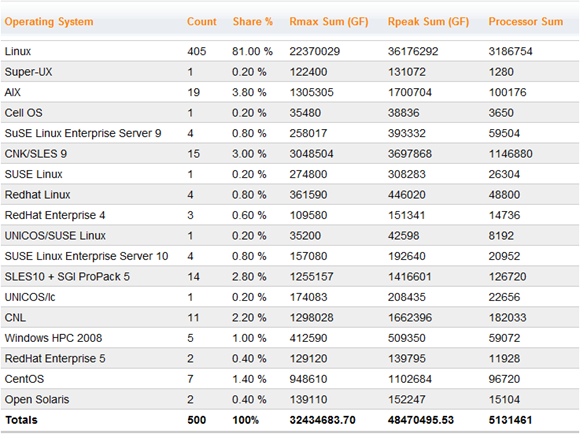