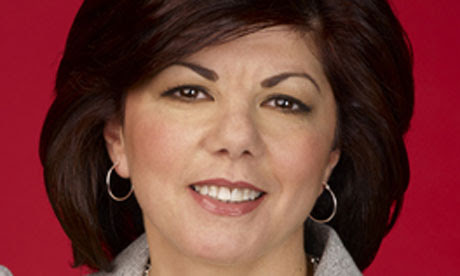 MIND SOUP: A couple of days ago, the news of Octavia Nasr being fired from CNN envaded the Lebanese and Middle Eastern media. It may has come as a shock to the society, yet this denial of free speech has been demonstrated very widely across various prestigious institutions in the region and world-wide.

To re-cap, Nasr who held the position of senior Middle East editor at CNN was laid off earlier this week after 20 years of work because she praised the late Hezbollah Grand Ayatollah Mohammed Hussein Fadlallah on twitter. "Sad to hear of the passing of Sayyed Mohammad Hussein Fadlallah. One of Hezbollah's giants I respect a lot," she posted Sunday morning.

This tweet was immediately picked up by Israeli supporters and Nasr was criticized and attacked for sympathizing with Fadlallah. The Simon Wiesenthal Center in the US demanded that Nasr "apologize to all victims of Hezbollah terrorism whose loved ones don't share her sadness over the passing of one of Hezbollah's giants".

By then, the tweet was immediately removed, and Nasr responded on Tuesday with a blog on the CNN website that her initial message was "simplistic" and "an error of judgment". She said that the respect she has for Fadlallah is mainly because of his stance on women's rights and his demands to stop "honour killings".

The next day, Nasr was reportedly called to Atlanta, CNN's headquarters to meet with her bosses who, according to The New York Times said in a memo: "We have decided that [Nasr] will be leaving the company."

The memo added: "At this point, we believe that her credibility in her position as senior editor for Middle Eastern affairs has been compromised going forward."

Regardless of my opinion on Hezbollah, I think it is very unfortunate that Nasr was fired for simply giving her condolences on Fadlallah's death. It is only common courtesy to praise a dead person, especially that Nasr has met and interviewed him back in 1990.

This clearly shows how unprofessional prestigious institutions can be regarding minor incidents, especially ones relating to personal means such as social networks.

CNN likes to think of itself as one of the leading news institutions that likes to convey the truth to the public (regardless of what it actually does), so it might as well respect the freedom of speech of its employees.