By M July 17, 2010
GUARDIAN: A French property tycoon enraged at his government's plans to ban women from wearing the full veil in public has promised a fund of €1 million ($1.4 million) to help any Muslim who is fined for wearing the niqab in the street. 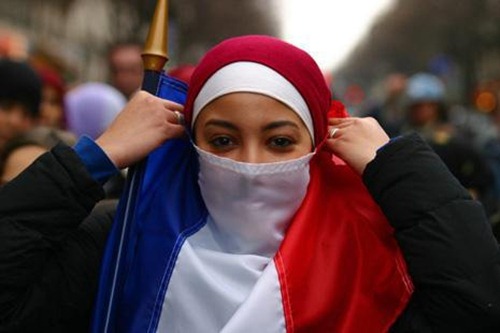 Rachid Nekkaz, a businessman of Algerian origin who ran a short-lived campaign in the 2007 presidential elections, has already put €200,000 into a bank account aimed at bailing out women who fall foul of the new law.

He said the ban, which was approved by the lower house of parliament on Tuesday and goes to the Senate in September, is ''anti-constitutional'' and could put France on a slippery slope towards greater intolerance.

While he has no problem with an idea mooted by MPs of banning the full veil in state areas such as town halls and post offices, he is vehemently against a law that applies to women simply walking down the street.

''I am very, very sensitive to when people start playing around with institutions and the constitution. I was not shocked by the idea of a ban in public services; I am a republican. But when I saw the President - the guarantor of the constitution - announcing a ban in the street I said to myself, 'This is serious.'''

Mr Nekkaz, who says his fund received €36,000 in donations in the 24 hours after its announcement and hopes it will reach €1 million by September, is selling properties in the Parisian suburbs to keep the money coming in.

Under the planned law, any woman found wearing a face-covering veil anywhere in public faces a possible fine of €150 as well, potentially, as a course in ''citizenship''.

However, if she has been fined for wearing the garment in the street, she will be able to pay the charge from Mr Nekkaz's fund. The law, he hopes, will be made ''inapplicable''.