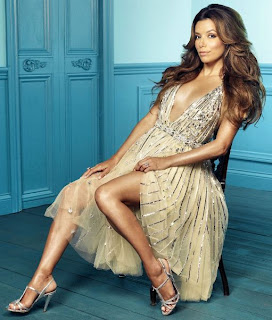 The makers of hit sitcom Desperate Housewives are reportedly planning a same sex kissing scene between Eva Longoria and Teri Hatcher, in a bid to keep viewers hooked to the show, after the exit of Nicollette Sheridan.

Nicollette Sheridan, who plays Wisteria Lane’s resident man-eater Edie Britt, will have her role terminated in the forthcoming season of the show.

Thus, the bosses are planning a same sex kissing between Eva Longoria and Teri Hatcher to retain their viewers.

“I don’t think a kiss between Eva and Teri’s characters could be ruled out, especially if it keeps people interested in the show,”a source telling Celebuzz.com was quoted.