Today (September 22) marks the beginning of the Autumn season this year, and in Lebanon it has officially began a couple of days ago with the heavy rain we were witnessing. 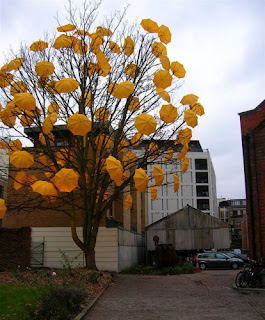 The first day of autumn arrives on varying dates in different years for two reasons: Our year is not exactly an even number of days; and Earth's slightly noncircular orbit, plus the gravitational tug of the other planets, constantly changes our planet's orientation to the sun from year to year.

And weather-wise, Earth's seasons have shifted in the past 150 years or so, according to a study that came out earlier this year. The hottest and coldest days of the years now are occurring almost two days earlier.

This year, fall starts Tuesday, because that is when the so-called autumnal equinox occurs (at 5:18 p.m. EDT). Equinoxes (which mark the onset of spring and autumn) and solstices (which mark when summer and winter begin) are points in time and space that mark a transition in our planet's annual trip around the sun.

At each equinox, the sun crosses the Earth's equator, making night and day of approximately equal length on most of the planet (from the Latin, equinox means "equal night"). At the equator, the sun is directly overhead at noon on either equinox.

Earth's multiple motions - spinning on its axis and orbiting the sun - are behind everything from day and night to the changing seasons.

The sun comes up each day because Earth rotates once on its axis every 24 hours or so. Seasons are a result of Earth being tilted 23.5 degrees on its spin axis coupled with the planet's 365-day orbit around the sun.

(At the North Pole, the sun rises only once a year - at the start of spring. It gets higher in the sky each day until the summer solstice, then sinks but does not truly set until late September, at the autumn equinox.)

Imagine Earth as an apple sitting on one side of a table, with the stem being the North Pole. Tilt the apple 23.5 degrees so the stem points toward a candle (the sun) at the center of the table. That's summer for the top half of the apple.

Keep the stem pointing in the same direction but move the apple to the other side of the table: Now the stem points away from the candle, and it's winter on the top half of the fruit. The very top of the apple, representing the north polar region, is in total darkness 24 hours a day, during that season.

At winter solstice, the sun arcs low across the Northern Hemisphere sky for those of us below the Arctic Circle, and the stretch of daylight is at its shortest. By the time of the spring equinox, days have grown noticeably longer. At the summer solstice, the sun gets as high in our sky as it can go, yielding the longest day of the year in the Northern Hemisphere. And another quarter of the way around, at the autumnal equinox, the planet's axis is again pointing neither toward or away from the sun.

As long ago as the fourth century B.C., ancient peoples in the Americas understood enough of this that they could create giant calendars to interact with the cycle of sunlight. They built observatories of stone to mark the solstices and other times important for planting or harvesting crops. Shrines and even tombs were also designed with the sun in mind.

As we orbit the sun, the part of the night sky that's in our view changes. A given star sets about 4 minutes earlier each night. Over a month, this amounts to two hours. In winter, this means that we're looking at stars that during the summer were in our daytime sky, overwhelmed of course by the glare of the sun. Since we complete a circle around the sun every year, the stars of summer, such as those in the Big Dipper, are always the stars of summer.

During summer on the top half of Earth, our planet is actually farther from the sun than during winter, a fact owing to our non-circular orbit around the sun. The difference is about 3 million miles (5 million kilometers), and it makes a difference in radiant heat received by the entire Earth of nearly 7 percent. But the difference is more than made up for by the longer days in the Northern Hemisphere summer with the sun higher in the sky.

Which brings up a common question: If the summer solstice is the longest day of the year, why are the dog days of August typically hotter? It takes a while for the oceans to warm up, and a lot of weather on land is driven by the heat of the oceans.